How BNCBC helped save Sterling 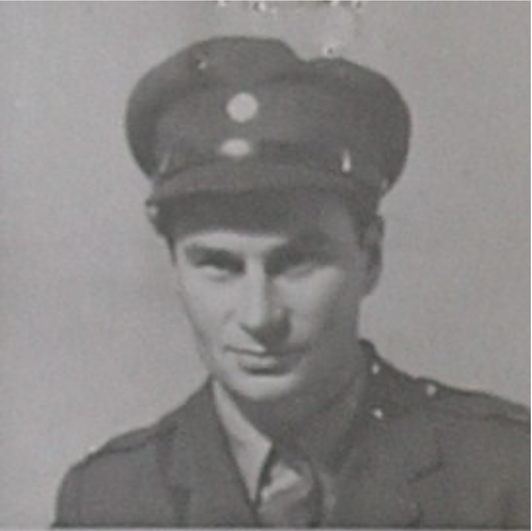 While the Boat Club’s 205 year history is resplendent with many tales of rowing glory, its men and women have made their mark in many other ways as well.  Little known, but enthralling, is the story of how the Boat Club saved sterling in the late 1960s.

The antecedents of this story go back to the 1930s, and two successive Boat Club Captains, Rupert Raw, and John Gorton.  The two men came from very different backgrounds but both were at home in the inclusive spirit which pervaded the Boat Club.

Raw’s father, himself a Brasenose man, had been an officer in the Northumberland Fusiliers when he was killed at Gallipoli in 1915, and the young Rupert was only three years of age.  His mother married again to Sir William Stuart-Menteth Bt, and Rupert attended Eton, where he stroked their 1st VIII in the Ladies Plate at Henley before going up to B.N.C. in 1930.

On the other side of the world, John Gorton had been born out of wedlock.  His father had previously been married but separated, and the wife refused him a divorce. Gorton's mother died when John was eight, and he was sent to live with his father’s first wife.  He later attended Geelong Grammar School before spending a year working on a farming property his father owned. His father took a second mortgage on the farm to enable Gorton to go up to Brasenose, arriving in Michaelmas Term of 1932. He found the College was social, and overwhelmingly hearty, although it found room too for dramatics and more intellectual pursuits, without any rancour.

Raw and Gorton first rowed together for Brasenose in 1932 when they won the O.U.B.C. Fours.  Gorton rowed in three and Raw in two, alongside W.E. Bruce in bow and O.U.B.C. President Dick Holdsworth at stroke.  This crew defeated Wadham, then Exeter and Worcester, before a convincing win against Christ Church in the semi-final.  Their final against Oriel was decided in B.N.C.’s favour by five seconds.

The following term Gorton stroked the 1st Torpid, and they combined again in the 1933 Childe of Hale crew. Rupert Raw was elected Boat Club Captain in 1933, and Gorton the Secretary, before Raw handed the Captaincy to Gorton the following year.  The two men had strikingly different personalities, however.  Raw was unfailingly charming, and a consummate insider.  Gorton was brash, with a disdain for rules which extended to marrying an under aged bride (the sister of a College friend) with the permission of neither her mother nor the College.

After both left B.N.C., Gorton went back to the family farm before joining the Royal Australian Air Force in 1940, flying Hurricanes and Kittyhawks against the Japanese.  He had an unfortunate war.  He suffered an engine failure during a dogfight near Singapore and crash landed, suffering disfiguring facial injuries.  He was then sent back to Australia, but the ship he was on was torpedoed, and he and others had to take to a lifeboat before being rescued by the Royal Australian Navy the following day.  After service in Papua New Guinea, he was elected to the Australian Senate in 1950, rising to be Liberal Party Leader in the Senate.  After the disappearance of Harold Holt in December 1967, Gorton became Prime Minister the following month. 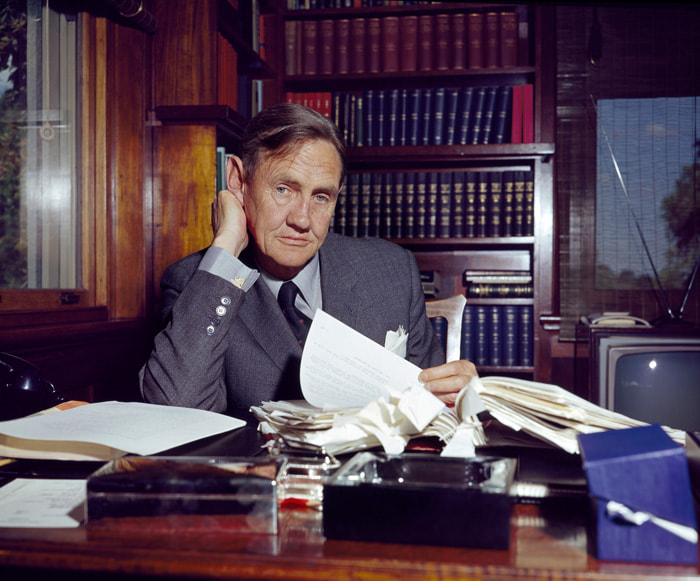 For his part, Raw joined the Sudan Political Service after College, but was commissioned as a Special Reserve Officer in the Scots Guards at the beginning of World War 2.  He was then selected for clandestine duties with the S.O.E. in Yugoslavia due to his connections with the country.  His father-in-law, Sir Alban Young Bt had been a British diplomat in Serbia from 1919 to 1925, and Raw had honeymooned in the country, as well as accompanying Admiral Usborne on an official tour of Yugoslavia, Romania and Poland immediately before the war.  In his entry papers Raw declared he had a Second in History with the explanation he “spent too much of my first three years devoted to the river”!

In August 1943, Raw was parachuted into Serbia as a Liaison Officer to the Chetniks.  This was a most dangerous mission, for the Allies were on the verge of switching their support to the Communist Partisans, and there was the real risk Raw could be handed over to the Germans if that took place.  Raw spent a precarious nine months behind enemy lines before being flown out in May, when the Allies formally threw their support behind the communists.

In the immediate aftermath of the war, Raw was posted to the Allied Control Commission in Berlin, and was then the Finance Director at Organisation for European Economic Cooperation in Paris.  However, Raw’s greatest contribution to public service was during the subsequent twenty years during which he worked at the Bank of England.  He was Advisor to the Governor during the sterling crisis of the late 1960s.  Britain’s economy was floundering, and foreign governments began to reconsider the merits of using sterling as a reserve currency.  Of course, having large pools of foreign capital invested with British banks lowered the cost of funding for British borrowers, and was essential to maintaining the competitiveness of Britain’s troubled industrial sector.  In a delicate and continual dance, all of Raw’s diplomatic skills were needed in negotiating with various European central banks to keep the currency afloat.

In November 1967 Harold Wilson’s Cabinet decided to devalue the pound by 14%. This prompted Australia to reconsider its commitment to sterling as a reserve currency. Raw was sent on an urgent mission to persuade the Australians to change their minds.  This was 1968, and the Australian Prime Minister was none other than newly appointed John Gorton.  Raw appealed to Gorton on the basis of their strong friendship in the Boat Club, an appeal which not only succeeded, but which did much to maintain the ties of unity between the two nations.

Fifty years on, Australia still retains a holding of sterling as part of its foreign reserves, as do many other nations, and despite Brexit-driven prophecies of doom, this is likely to remain the case for some time.  Although Raw and Gorton are little remembered, the world is as it is, in part because of Brasenose College Boat Club, and the friendship between these extraordinary men.​